In conjunction with the World Children’s Day
2021 with the theme: A Better Future for Every Child , we call for the UN to act concretely to save the children in all conflict zones around the world.

The World Children’s Day established in 1954 to promote international togetherness, awareness among children worldwide, and improving children’s welfare , should send a strong message to push for a down to earth action plan to save the children in conflict zones around the globe.

The 21st Century is a century of the worst man made human catastrophe. The most vulnerable victims of most of the protracted conflicts are children.

We remind the world community that November 20th is the date in 1959 when the UN General Assembly adopted the Declaration of the Rights of the Child. The premise was on the basis that children are normally exposed to the brutal violance in any conflict.

This is also the rational for the date in 1989 the UN General Assembly adopted the Convention on the Rights of the Child.

The records on the situation of children in war torn nations like Afghanistan , Syria and Yemen are dire and the world community needs to act without delay .

We express our deep concern with the worsening situation of children exposed to indiscriminate attacks by warring parties.

The periodical assault by Israel occupation forces on Gaza , killing and injuring thousands of children including toddlers are enough to move the world to act less more innocent children’s lives will perish.

World Children’s Day need to invogerate a collective effort to advocate, promote and celebrate children’s rights, translating into dialogues and actions that will build a better world for children.

It is dishearthening to know that globally, 426 million children live in conflict zones today.

Major conflicts around the world have tripled since 2010, and children have been impacted the most.

We regret the international community has yet to reflect on the future of the children. While the root cause is the conflict itself , saving the children in the tense zone is paramount.

Children living in war-affected countries live in constant fear, experiencing grave violations of their rights, their childhoods stolen. Countless children have grown up knowing nothing but war and conflict.

What is the point of resolutions and declarations if the world will be inherited by a generation of traumatic children in a prolonged conflict.

It cannot be accepted that the scale of conflict is intensifying in some countries has left the international community helpless in protecting children.

From the number of documented causalities and the total number and ratio of children living in areas of conflict are increasing by the hour.

According to Save the Children since 2010, the total number of grave violations against children has nearly tripled, surpassing 200,000. Each of those violations represents a failure to uphold the laws, norms and standards that exist to protect children.

Certain countries in conflict are particularly dire.
The ongoing conflict in Syria is dangerous and damaging due to a staggering amount of grave violations against children – 99% of Syrian children are living in areas affected by conflict.

Among the conflict zones in the world, Afghanistan has the most children who have been killed and maimed.

The theme for 2021 World Children’s Day will be meaningless if the world allows these crimes against children unabated.

We urge all parties to take serious attention to the dark future of the children if arm conflicts are not immediately halted. 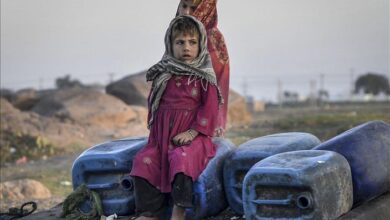 THE DECISION OF THE ISRAEL COURT IS STRONGLY REJECTED 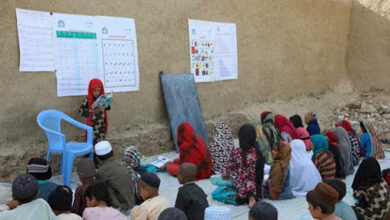