Born in the old city of Hyderabad to a simple bakery worker, Syeda Salwa Fatima is today recognized worldwide as the Hijabi pilot of India. She is one of the four Muslim women in India to hold a Commercial Pilot License (CPL). She always wore the hijab during her training for which she was appreciated not only in India but also abroad.

She is a golden example of empowerment of Muslim women in India. The story of Salwa Fatima also breaks the myth in which it is often said that even after talent, Muslims do not get opportunities or Muslim girls are born only for domestic work.

Coming from a very poor family, Fatima never allowed poverty to hinder her success. She tells that she had a dream of becoming a pilot since childhood. “After passing 12th when enrolled for engineering entrance exam coaching, I was asked about my dream. So I expressed my desire to become a pilot. However, people made fun of me during this time.” In such a situation, poor parents could only suggest their daughter to do engineering. But as it is said that ‘the destination is attained by those who have life in their dreams, nothing happens with wings, there is flight with courage.’ Fatima never gave up.

One day in a coaching program, the editor of a daily Urdu newspaper asked Fatima what she wanted to become, she said with great confidence that she dreams of becoming a pilot. The editors were also surprised to see Fatima’s confidence. With the help of the editor, Fatima got admission in Andhra Pradesh Aviation Academy in 2007. From where she got the license of Commercial Pilot, Private Pilot and Flight Radio Telephone Operator after five years of rigorous training. Throughout the training, Fatima flew 200 hours on a Cessna 152 and 172 (Cessna 152 and 172) including her 123-hour solo flight. But this was not enough to fulfill her dream. She now had to get training in big aircraft like Boeing or Airbus where she required 30-35 lac rupees to be spent on this training.

Due to lack of money, the parents proposed marriage and she agreed with it. When Fatima was four months pregnant, the Telangana government came forward to help and sanctioned Rs 36 lakh for her training in New Zealand. During her training in New Zealand, Fatima flew a multi-engine aircraft for 5 hours and trained on a simulator for 10 hours. She then qualified type-rating on Airbus at the Gulf Aviation Academy in Bahrain.

Fatima working in Indigo Airlines says that she had definitely dreamed of becoming a pilot. But she was never sure that this dream would even come true. Because her father had to struggle with all his might for earning two times. She further tells that there were also certain people Who always used to say that I am a woman and I have to take care of the house and children after marriage. This hard work is in vain. But not only my parents but also my husband and in-laws encouraged me to move forward every step of the way. On the question of any problem due to wearing hijab, she says that she has never faced any problem. Rather, she was highly appreciated in Bahrain because of the hijab. A magazine also published a photograph with her dress and hijab.

When asked about her daughter’s future, she says, “I want her to become an IAS officer.” Fatima, who has become the face of women’s empowerment, has also been appointed as its brand ambassador by a Mumbai-based women’s empowerment organization to help underprivileged women get education. Giving a message to the women, she tells them to stay in any field. But never give up on your dream. She reiterates her motto that ‘Where there is a will, there is a way’. Difficulties and failures are a part of success. Never let them dominate you if you want to be successful.

(The author is a journalist and expert of current affairs)

STORMING BY SETTLERS , A PRECURSOR FOR A MAJOR ATTACK ON AL AQSA - MUSLIMS MUST PREPARE TO RESPOND

ASSASINATION OF JOURNALIST - ISRAEL MUST BE PUNISHED

Launching of the Kashmir – World Inaction 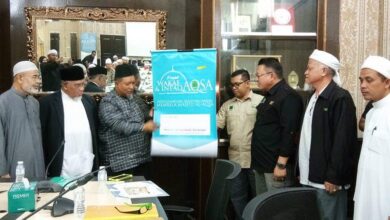 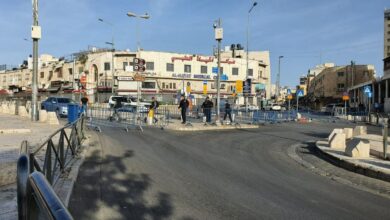