73 years ago , the state of israel was announced on 14th May 1948. Then in about a year later in 1949 it was received as a full member of the UN as the 163rd nation to be formally enrolled. A state which got its birth certificate by oppressing and occupying another sovereign land.

In the process of its illegal birth , 800,000 Palestinians were inhumanly expelled , 15,000 murdered , to make way for the zionist regime to placed Jews from all over Europe in Palestine in full blessing by the colonial imperialist , Britain.

From the fist Prime Minister Ben Gurion , till the 13th PM Benjamin Natanyahu , all came into position under full domination of the zionist organization with the ideology of Jews supremacy as “the chosen people” to reign on “the promised land”.

The permanent feature was established . Israel state to be on the map and Palestine state to dissappear from the globe.

Now after 73 years of existence , with blood in all the hands of the elected israeli regime that was ruled under 13 Prime Ministers and 15 Presidents , the dominence of zionism in the statehood of israel will prevail.

In all its years of occupation , there has not been any window of hope for the Palestinians as the in coming Prime Minister is going to be even worst than the predecessor . The far right wing parties and some framed to be centrist parties are making deals to achieve at only one agreed agenda that is to oust Benjamin Netanyahu.

The deal Is between centrist leader Yair Lapid and hardline nationalist Naftali Bennett. Israeli politicians against Netanyahu are in the process of forming a coalition . While Netanyahu is facing trial on fraud, bribery and breach of trust charges.

The political turmoil that saw four inconclusive elections in under two years , puts Netanyahu in a very uncertain future.

Just like the new US administration under Joe Biden , in all indications , there will be no change towards reclaiming rights of the Palestinians. All signs are pointing towards a worsening situation. Even at this very moment the eviction of Palestinians by israel zionist forces are happening in major Palestinians enclaves. Palestinisn neighborhood of Syekh Jarrah and the district of Silwan in East Jeruselam are under pressure by a court rule to be evicted and replaced by Jews settlers.

Even with support from a Palestinian-Israeli party, a new coalition in Israel is unlikely to reverse years of Israeli settlement construction under Netanyahu in the occupied West Bank and east Jerusalem.

To make things worst , the continuos storming of zionist police forces in the Al Aqsa mosque will always be the red line for Palestinians , who will not tolerate. Neither the Muslims globally.

The israel regime is now hunting down thousands of Palestinians including journalists in the occupied territories and also in israel under the pretext of law and order crackdown.

Visualized reports showing house raids , detaining by force in the streets are in full operation to hunt down Palestinians who are alledged to have participated in demonstrations. Jews are spared from the harassments.

The incoming government will place in office another hawkish Prime Minister known to be ultranationalist who will have an aggressive administration in relations to deal with the Palestinian resistance.

The supposedly to be on high list to take the primiership, the hardline Naftali Bennet , had his tweet viraled ” i have killed a lot of Arabs . and i see no problem in that “.

Even the UNRHC decision to launch a probe on israel for war crime will be harshly responded to by the zionist regime.

We call for all the world communities to step up their pressure to de-link their connection with israel both diplomatically and economically.

The new momentum of the world uniting with the Palestinian cause in more than 80 cities is a sign that the only hope is for a world intifadhah against the israel regime to be organised.

A global resistance through boycott , diverse and sanction against israel should be applied to the maximum.

“Palestine Lives Matter” and ” Free Palestine Now ! ” should be the rallying cry if ever justice and freedom means anything to the world.

PORTRAYED 67 FACES OF MURDERED CHILDREN BY INDISCRIMINATE ISRAEL ATTACKS – WILL THE WORLD ACT ? 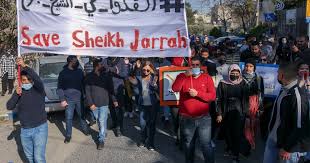