We urge the UN and the OIC to immediately intervene on the current developement in India concerning attacks on Muslims , so that the situation will not deteriorate further.

Signs of ethnic cleansing and genocide is clear and is now occurring in India. The hate speeches and suggestion to eliminate Muslims are widespread and vocal.

Although there seems to demonstrate a slight and mild action by the Indian government to arrest some leaders among the national extremist RSS, however sentiment of hatred against Islam is widespread.

We condemn in the strongest terms the Hindutva (Hindu Suprimacy) which directs the sentiments of hatred when their followers attacked the Muslims in respond to their call to kill Muslims.

India seems to be repeating the history of Muslims abolition in Spain in 1612. Unfortunately at that time, the Islamic empire of several continents failed to help defend Islam in Spain.

The Nazi Hindu in the 30s and 40s examined to imitate the same method as in Spain. Hindu high caste groups have long been looking for a way to eliminate Muslims who are the largest minorities in India.

Now the hard line oppressive and discriminatory policies and laws are being targeted towards Muslims such as the Citizenship Amendment Act, Citizenship Registration at Assam, prohibition Law of Slaughtering cattle, the prohibition of wearing hijab and prohibition of Friday prayers in certain locations.

Meanwhile, the BJP government of Narendra Modi has been allowing hate speeches and campaign against Islam is on the increase .

We condemn recent more cases of violent attacks such as burning shops, homes, destroying mosques escalating without any firm action by the government. Even violent attacks targetting Muslims on the streets, raping, arresting and killing Muslims are becoming more rampant.

The news of teachers and students amongst Muslim women in institute of education was attacked and forbidden to enter school and colleges. This was the latest scenario that should have a firm response from Muslim leaders around the world.

The viralled video depicting attacks and massacres of Muslims by the Hindu terrorists RSS is blatantly witnessed by openly.

We urge Muslims around the world to rise to express a strong protest.

The situation in India is now unacceptable. We recommend if the boycott India needs to be launched, then it may be an option to consider.

We urge the government of Malaysia to express its firm stance to demand that the Indian government stop the ongoing violence and to prosecute those involved with the violence.

We urge the OIC to take a decisive step to pressure India so that violence is stopped. A political and economic pressure should be imposed on India if the situation gets worst.

We urge Pakistan , Indonesia, Turkish and Qatar Islamic leaders to pay serious attention to the development of oppressed Muslims in India.

We will mobilize all Islamic institutions such as the mosques in Malaysia to rise up to express strong objections against India.

We are ready to mobilize international campaigns to save and defend the rights of Muslims in India. 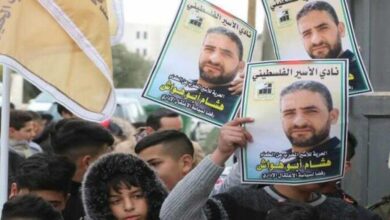 ABU HAWASH MUST BE RELEASED