In Indian illegally occupied Jammu and Kashmir, the Indian government has made major and ugly administrative changes by placing non-Kashmiris on high positions since August 5, 2019 to carry out with a new aggressive wholistic administration and all projects of the occupied territory.

Indian Modi’s government has appointed a large number of its own police and IAS officers, who have anti Kashmir agenda which include deputy commissioners and some high profile officials in education, finance, health, essentially bureaucracy besides other administrative offices in occupied Kashmir.

Of those most are non-Kashmiri with RSS mindset holding higher posts to control whole occupied Kashmir. .

Similarly, India has started evicting aboriginal Kashmiris from the dividends of its natural resources. As Kashmiris were earning their livelihood by supplying timber, stone, sand, grass and gravel which was banned by the Indian government after August 5, 2019 aggression.

The Indian government besides cordon and search operations purposely to suppress the Kashmiris right to self determination demand movement .Indian fascist Modi’s government is snatching all resources and local economy of people of Kashmir and is depriving common stock of people in Kashmir from the tangible resources by making Kashmiris needy and slaves.

India has no right to enforce its illegal and immoral laws in Jammu and Kashmir as Kashmir is a recognised international disputed territory and enforcing Indian laws in IIOJK is a violation of international laws and commitments.

In fact, India is using these cruel laws, infusing fear among people as a good tactic to suppress the Kashmiris’ rights demand. Because India knows that the Kashmiri people have never accepted Indian illegal occupation and presence of its huge military forces in Jammu and Kashmir.

In occupied Jammu and Kashmir, India has handed over bricks, gravel, sand and stones, public and private construction projects, mining contracts to non-Kashmiri Hindutva contractors including BJP supportive corporates and non-supply of construction materials in the Kashmir Valley has weakened local economy and slowed down construction projects.

In 2020, the Indian administration banned mining in Kashmir. By awarding contracts for extraction of gravel, sand and stones from rivers and canals to non-Kashmiris or Indian contractors, thousands of people in Jammu and Kashmir lost their jobs at night.

Indian Hindutva RRS, BJP’s Amit Shah’s son gave all the contract of Kashmir to a close Hindutva colleague and gave construction materials to contractors from Indian states and the prices of materials have skyrocketed.

The cost of construction projects or residential houses and shopping complexes has doubled. According to estimates, more than 30,000 contractors in Jammu and Kashmir are facing difficulties due to non-supply of construction materials.

Where the administration and officials are silent on the increase in construction materials, the builders of residential houses are being forced to press their lips under their teeth. Many government projects have also been delayed due to unavailability of materials, while work in the private sector has also been severely hampered.

Contractors say they are facing severe difficulties as construction materials for the projects are not available. Jammu and Kashmir Central Contractors Coordination Committee member said that all this was decided by the BJP governor’s administration. Due to the ban on mining, which has affected all public and private works.

Another Coordination Committee member said that those who supply construction materials who can make the supply possible.They are afraid of being caught, while others make it clear that they do not have the raw materials because of the ban. Police and military personnel arrest locals for taking gravel and sand and impose a fine of Rs 8,000. Locals are facing severe hardships.

Civil society told the media that it was a conspiracy of the Indian state against Kashmir. Part of it is to deprive Kashmiris of economic, political and all things and put them in the worst conditions of slavery so as to weaken their spirit of freedom and true massive demand.

The Kashmiri people have reaffirmed their determination that they will not be intimidated by these brutal tactics of India and will continue to fight for their legitimate rights.

International community responsibility is to stop India from anti-Kashmir designs and pressurise Indian government to restore office its constitution Article 370 and 35- A in Jammu and Kashmir and to play its official role in resolving the Kashmir issue in accordance with UN resolutions.

Pertinently it is obvious that Jammu and Kashmir is directly governed and ruled by New Delhi and its military establishment wholly and solely and depriving people of Kashmir from all democratic and political right. But, history is witness that all the winters doesn’t remain permanent, spring has to come and will come with all the end to suppression, oppression and subjugation. This tyranny shall also pass but we need to be steadfast and focused.

STRANGULATION OF KASHMIR ECONOMY BY THE INDIAN OCCUPATION 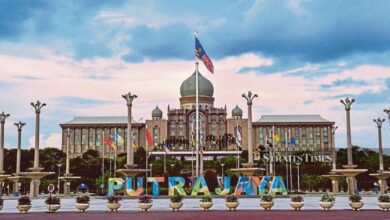 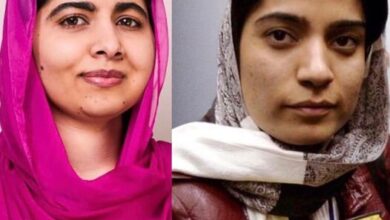 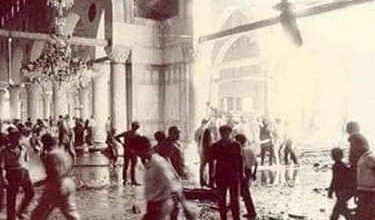 52 years ago, on this day, this is what happened at Masjid al-Aqsa.. 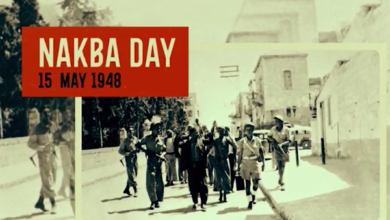 ANOTHER NAKBAH IN THE MAKING , ON THE COMMEMORATION NAKBAH 1948