We urge Muslims around the world to stand up and protest against the Israeli police attack on Palestinians at the Al-Aqsa Mosque.

The Israeli riot against hundreds of Palestinians in the grounds of the Al-Aqsa Mosque, is state terrorism of of Israel that must be strongly opposed.

The week -long violence in the Holy City and the West Bank was a provocation from the Jewish population chanting hatred against Palestinian Arabs and Israeli police helped fuel attacks on Palestinians.

Israel deliberately sparked tensions in the holy city of Al Quds and in the Al Aqsa Mosque.

Israeli violence and the Jewish settlers want to create and escalate tension in Al-Aqsa and elsewhere in East of Jerusalem.

Its goal was to seize the whole of Jerusalem, including the Al Aqsa Mosque.

The Israeli police excuse of ‘riot of thousands of pilgrims’ after prayers at night and thus the police
Israel had to ‘restore order’, is a propaganda to create chaos.

We are in view of the severity of the tensions in Jerusalem triggered by Israeli police and Jewish violent groups.

Israel is now using its force to terrorize Palestinians, following Palestinians protesting Israel’s ban on access to some parts of the Old City during Ramadan.

We condemn Israel for ordering some Palestinian families to leave their homes to make way for the Israeli population.

We condemn the United States (US) who is actually the mastermind of the expulsion of Palestine by Israel.

Jerusalem itself is recognized by the US as the capital of Israel. This is against international law.

We urge the US to revoke such recognition.

We urge Muslims not to compromise with Israel. Israel is an illegal state with malicious intent. Normalization with Israel is the evil plan of the US and Israel.

Jerusalem and Al Aqsa Mosque are red lines for Muslims. Any action threatening these two holy places needs to be responded decisively. There is no compromise in these two areas.

The Israeli government must be held accountable for the riots and we express our solidarity with the fighters defending the Al Aqsa Mosque.

We urge the UN to take immediate steps to prevent Jews from invading Palestinian territories.

We urge the UN to intervene to ensure that violations of the law against Palestinians are stopped.

The Palestinian Intifada may need to be re -ignited if Israel continues to terrorize.

We call on all mosques in the country to hold special prayers to pray for the preservation of Al Aqsa Mosque.

We also call on all muftis and scholars to issue statements in support of the defense of the Al Aqsa Mosque.

The scholars need to play a role in raising the issue of Al Quds and Al Aqsa so that Muslims are aware of the threatened Al Aqsa Mosque. 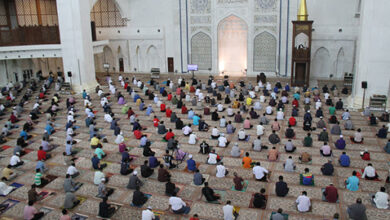 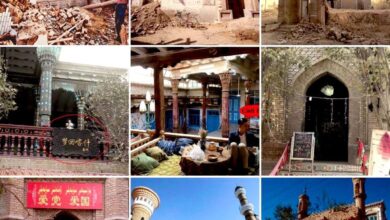