We call on the Malaysian government to immediately extend assistance to Afghanistan to save 3.2 million children at risk of death.

As reported by the World Health Organization (WHO), about 3.2 million children in Afghanistan are facing acute malnutrition by the end of this year with a million of them at risk of dying.

Extreme cold weather and the lack of access to food could see the deaths of children in the country if aid is not delivered immediately.

According to World Health Organization (WHO) spokesperson Margaret Harris, the problem of starvation will occur if aid is not extended immediately.

We urge the Malaysian government to take the initiative to urge Islamic countries to act swiftly to save the deteriorating situation in Afghanistan.

The health system is almost paralyzed with many health workers forced to leave their jobs for not being paid salaries.

We call on Islamic countries that spend heavily on armaments and indulge in unnnecessary wasteful things should be aware of their responsibility to help Afghanistan, an Islamic country, which is facing a slow death.

Afghanistan should not be marginalized by the world, let alone the Islamic world.

We urge Malaysia to take appropriate steps to extend emergency assistance to Afghanistan.

An emergency Islamic state conference needs to be held to raise the necessary funds for Afghanistan.

The news that hospitals are filled with children as young as seven months old cannot be tolerated. Action must be taken immediately so that the situation does not worsen.

Currently, measles cases are also increasing in the country and based on WHO data, a total of 24,000 cases have been recorded so far.

Without proper help, it means the Muslim world is sentencing the “death penalty” for millions of Afghan children.

The world will see more deaths if no immediate action is taken.

UN MUST ACT - SAVE CHILDREN IN CONFLICT ZONES 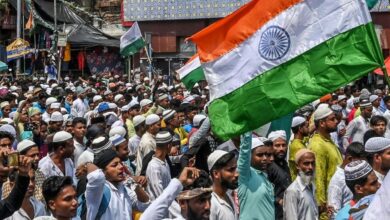 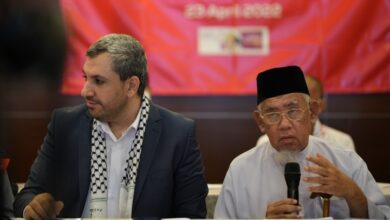